World Cup Latest: Glasgow in the grip of England fever

With England’s World Cup clash with Tunisia just 24 hours away, the city of Glasgow was last night awash with England flags as a state of fevered anticipation gripped the whole of Scotland

Barely a car can be seen without a St George’s cross flag fluttering proudly from the roof, and in districts like Govan and Maryhill, entire blocks of flats are swamped with flags and daubed with messages of support for Gareth Southgate’s boys.

We spoke to one resident of a tower block in The Gorbals that had been lit up with red and white lasers last night.

Tobias McDell, 53 and unemployed, told us: “Ah havenae known anything like it ah swear tae God. It’s like the spirit o’ ’66 has taken hold o’ the entire nation.

“There’ll be celebratory rammys and slashin’s across the entire city ah’m thinkin’. Aye the streets o’ Glesga wull be flowing wi’ the claret and the Bucky oan the day they England boys dae the country proud!

In other news, England supporters south of the border have taken a more sedate viewpoint, with many grimly preparing to beat up their wives after a really good spanking from Tunisia.

The Scottish Assembly will today announce plans to introduce legislation that will give any native Scot, or anyone who has lived and worked in the country for more than three months, the legal right to expose their buttocks in public without fear of prosecution.

The so-called Right to Bare Arse amendment to the constitution will give millions of Scots the freedom to walk around in public with no pants on, provided their nobs and minges are suitably covered.

Scottish First Minister, Nicola Sturgeon told a press conference last night: “I believe, and my party believes, that everyone in this country should have the right to expose their arse in public. On a personal note, I can’t wait to take my seat in the Scottish parliament with no shreddies on and nor can many of my colleagues. People with faces that look like arses, like my predecessor, Alec Salmond, may consider this move old hat, but the rest of us can’t wait to crack on with it, so to speak”

Sturgeon remained tight-lipped, however, when asked to discuss a proposal by the Scottish Conservatives to allow Presbyterian women over the age of 60 the right to expose and jiggle their tits during church services on Sundays.

English pop star and fierce pro- United Kingdom supporter, Olly Murs, has vowed to deprive the Scots of the sun’s life-giving rays by standing on top of Hadrian’s Wall, where he will use his huge face to bring about a total eclipse that will plunge the entire country into eternal winter.

Speaking at a “Better Together” rally in Aberdeen last night, the Dance With Me Tonight singer, told cheering pro-Great Britain supporters. “I’m a Londoner first and foremost but I quite like Britain too, so if the Scottish people vote to break up the United Kingdom on Thursday I wont hesitate to blot out the sun with my massive dial, causing eternal night to descend on the country. Yes I realise this will cause all who choose to live in my shadow to perish, but it’s a price I’m more than happy to pay to preserve our beloved union”

“Scottish Nationalist Party leader, Alex Salmond, seemed undaunted by the threat when he spoke to reporters last night. “Let Olly do his worst. I doubt very much if anyone will notice anyway. The last time the sun came out here was in June 1993 when a rogue area of high pressure claimed over 3000 Scottish lives through skin cancer”

This latest threat from a celebrity comes just days after broadcaster and journalist, Vannessa Feltz, told listeners on her BBC London phone-in show that if the Scots vote to quit Great Britain she was going to sit on Arbroath and flatten the entire population with her gigantic arse.

Independent Scotland Will Bid For Axis Of Evil Games 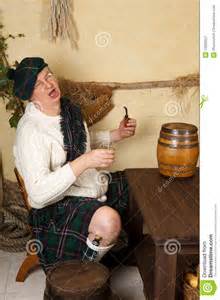 “It’s nae the winning, it’s the getting aff yer heed at the closing ceremony”

Scottish separatists have announced plans to bid for the 2016 Axis Of Evil Games if they gain independence from The United Kingdom in the forthcoming referendum.

They will join North Korea, Iraq, Iran, Syria, Cuba, Belarus and Zimbabwe in a rigged ballot for the games next year. The three week sporting extravaganza will then be staged in the capital of whichever of the rogue states can come up with the biggest bribe or issue the most credible underlying threat.
A spokesman for The Scottish Independence Party told reporters last night:
“We want to move away from the old repressive values of The British Empire and to break free from the yolk of Westminster’s rule, so what better way than to align ourselves alongside some of the most murderous and corrupt regimes on the planet.
“A free and independent Scotland must surely by definition be a sworn enemy of the countries that have for so long kept us fettered and downtrodden. We shall therefore shore up our defences and close our borders against the Welsh, the English and Northern Irish while extending the hand of friendship to those states who would see our former oppressors crushed and broken”
The games themselves are expected to feature a number of disciplines, including The 100m Dissident Dragging Behind A Horse, The Electrified Pole Vault, Capitalist Hyena Shooting, Beheading The Hostage, Stoning The Adulterous Whore, Aircraft Hijacking and School Playground Bombing.
Despite Scottish pleas to the Axis Sporting Council, tossing the caber, heavy drinking, mumbling incoherently, wife-beating, razor slashing and playing appalling Association Football have been ruled out as too extremist.
Associated Press