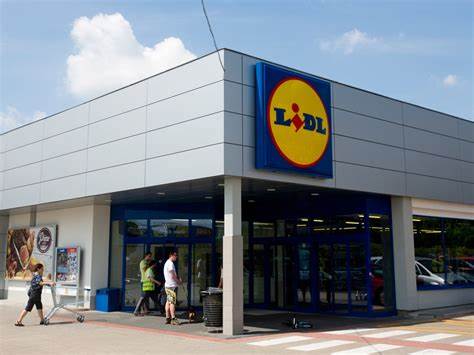 A 54-year-old Whitechapel man has described how a personable woman in the queue for the tills at a Lidl supermarket invoked in him a murderous, exponential rage that consumed him in a spiralling vortex of raw, unbridled hatred.

Toby Dell, a forklift truck engineer, told The Whitechapel Whelk: “I was already feeling a bit agitated when I joined the queue.

“I’d had a tiring day at work and just wanted to get home to stick my trotters up in front of the TV for the evening.

“So when this woman in front of me kept turning around, making light-hearted comments about everything from the weather to the price of minced beef, I felt this almost uncontrollable rage well up inside me.

“Then, when she finally got to the till and began chatting in a warm and friendly manner with the checkout girl, I realised that if I had been armed with an assault rifle I would have emptied it into this bitch without turning a hair”

Mr Dell served a 7-year prison sentence in May 1995 for assault occasioning grievous bodily harm after an incident in a Waitrose car park when he battered a man with a tyre iron who had cheerily asked him if he was going to watch the FA Cup Final later that day.

If you’re suffering from anger management issues don’t come whining to me about it or I’ll batter you from arseole to Saturday, you worthless piece of crap – Ed.

World Cup Latest: Glasgow in the grip of England fever

With England’s World Cup clash with Tunisia just 24 hours away, the city of Glasgow was last night awash with England flags as a state of fevered anticipation gripped the whole of Scotland

Barely a car can be seen without a St George’s cross flag fluttering proudly from the roof, and in districts like Govan and Maryhill, entire blocks of flats are swamped with flags and daubed with messages of support for Gareth Southgate’s boys.

We spoke to one resident of a tower block in The Gorbals that had been lit up with red and white lasers last night.

Tobias McDell, 53 and unemployed, told us: “Ah havenae known anything like it ah swear tae God. It’s like the spirit o’ ’66 has taken hold o’ the entire nation.

“There’ll be celebratory rammys and slashin’s across the entire city ah’m thinkin’. Aye the streets o’ Glesga wull be flowing wi’ the claret and the Bucky oan the day they England boys dae the country proud!

In other news, England supporters south of the border have taken a more sedate viewpoint, with many grimly preparing to beat up their wives after a really good spanking from Tunisia.

Palestinian who leaned against his fence killed by Israeli sniper.

A group of Palestinians on their way to lean on fences last night. Picture courtesy of The Netanyahu Bugle

A 40-year-old Palestinian man was shot dead by an Israeli sniper yesterday afternoon as he leaned against his fence while tuning in his radio to a soccer match commentary.

Ahed Bassem, who lived and worked in Glasgow for 12 years, was reportedly tuning in to live commentary on the match between his adopted club, Partick Thistle, and fellow strugglers, Dundee United, when he was struck by 3 bullets fired by an Israeli Defence Force sniper about 1000 metres away on the eastern border of The Gaza Strip.

An IDF spokesman told newsmen last night: “This was clearly an act of provocation on the part of this individual.

“He was almost certainly leaning against his fence in order to break it down before making a dash for the perimeter fence, putting Israeli forces and civilians at great risk

“I defy any country to say that they would not have done the same thing given the circumstances.

“The soldier who fired the shots had no choice. Israel must defend its borders and territory at all costs.

“In any case, Thistle lost again so we were probably doing him a favour”

This latest incident comes just 7 days after an Israeli helicopter gunship strafed a Palestinian market, killing 17 and injuring 200, amid Israeli government claims that a Hamas fighter had been spotted at a stall buying a can of tinned peaches in syrup which he could have later used as a projectile against Israeli children in a school 125 miles away.

Trump goes to bed at 5.30 and reads to his ‘blanky’ until it’s time for sleepies at 6.00 claims Steve Bannon.

Donald Trump’s former close friend and political advisor, Steve Bannon, has sensationally disclosed that the president habitually has a light snack at around 4.00pm, usually a boiled egg with soldiers or a round of white toast and Nutella, before saying goodnight to White House staff and going to bed at 5.30.

Trump then reads to his comfort blanky – usually passages from his favourite book, Budgie The Little Helicopter by The Duchess of York – and then snuggles down for his ‘sleepies’ at around 6.00am.

Bannon also reveals that Trump keeps the door locked from the inside in case his wife Melania comes in and demands, ‘special huggles’, a practice he has always found particularly difficult according to close family and friends.

Trump is reportedly furious at these revelations and took to Twitter in the early hours: “The failing loser Steve Bannon has it wrong yet again. Last night I stayed up to watch Bonanza at 8.00pm and didn’t go to bed with Blanky until half past. Also, I didn’t read Budgie last night. We had, Five Go To Smuggler’s Cove instead. Although, I had to stop at the scary bits in case Blanky did panty plops in the night again. Sad!”