Infidel jackals pictured defying the will of Allah last night

A 23-year-old man from Whitechapel in East London with a conviction for terrorism, rang the Whitechapel Whelk office last night to express his annoyance that Londoners seemed to be enjoying their customary Friday evening drink in the bars around London Bridge just hours after a terrorist incident left two people dead and three injured and saw the terrorist subsequently shot dead on the bridge itself.

Tobias al-Delhaam, who was released from prison last July after serving three years for involvement in a terrorist plot, told us: “I walked down to London Bridge last night to pay my respects to my slain brother and was astonished to see all the bars full of people, drinking and chatting as if they didn’t have a care in the world.

“Do they not fear us? Why don’t they tremble before our might and fear…

A 23-year-old Whitechapel woman has told a court that she beat her husband with a television stand to get in some practice for the hurly-burly, Black Friday melee in 7 days time

Tracy Dell of Vallance Road, fractured the skull of her husband, Toby, with the stand, causing him to receive 12 stitches in a head wound during the incident at their home last Tuesday.

Mrs Dell told the court: “I wanted to limber up for Black Friday and thought it would be a good idea to give my hubby a few clumps with the TV stand, to get my eye in, so to speak.

Mrs Dell was fined twenty-five pounds and was bound over to keep the peace.

In December 2014, a woman from neighbouring Shoreditch killed her husband…

“I say, could one direct one to Wichetty Grub Express?”

Following yesterday’s announcement that he will be withdrawing from all public duties, beleaguered royal, Prince Andrew, has been unveiled as one of the so-called, ‘Latecomers’ on the hit TV reality show, I’m A Celebrity Get Me Out Of Here.

The 59-year-old prince is believed to be hoping that the publicity will be good for his shattered image and that the public will warm to him and forget the fact that he hangs out with paedophiles, has sex with underage females and then lies about the whole shebang on national television.

It is understood that he has received assurances from the show’s producers that he won’t be made to eat any creepy-crawlies that have not been prepared by his personal chef, and that his tormentor-in-chief during his recent, ‘car crash’ interview, Emily Maitlis, won’t be joining the contestants at any point… 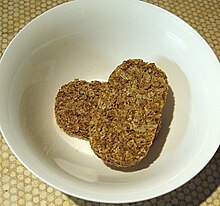 A 21-year-old woman from Sheffield in South Yorkshire was being hailed as a heroine last night after a stale Weetabix breakfast biscuit she tossed out the kitchen window absorbed over 30 million gallons of floodwater, saving the ‘Steel City’ from certain destruction.

Cherie ‘Wee Wee’ Kirby, a married mother of 12 and ex-prop forward for Wigan Warriors, told newsmen from outside her home in Dell Street last night: “I noticed the Weetabic (sic) in bottom of t’  box and could see it were reet stale.

“I chucked it out winder, and, to my surprise, it soaked oop all t’ bloody flood water.

“I were reet shocked ah don’t mind telling thee, but it were a reet grand result for all that”

Weetabix has been found by scientists to be the most absorbent and enduring substance on the planet with the ability to soak up 300 gallons of warm milk in 0.45 seconds, after which it will achieve the hardness of carbon steel and will need to be removed from the sides of the breakfast bowl with an industrial, high grit angle-grinder

Ms Kirby was last night celebrating with friends and neighbours who carried her shoulder-high to the nearby Ferret and Trousers public house for what her husband, Ian, 97, described as: “A reet good skinful”.

Reports are coming in that the legendary sea monster, The Kraken, stirred and then awoke before devouring a Norwegian fishing vessel during last nights LBC radio conversation between, Brexit Party leader, Nigel Farage and US President, Donald Trump.

Speculation is rife that the sheer force of malevolence generated in the airwaves during their exchange may have caused the legendary colossus to wake from its 200-year slumber and emboldened the creature to wreak fresh destruction on passing mariners.

Farage strongly denied the allegation last night, dismissing it as ‘Bremoaner whingeing’, while Trump tweeted that he had ‘never heard of any Kraken’

In a subsequent tweet, the president speculated that he thought it may be, ‘a kind of Scandinavian crispbread’.

The last meeting between the two which took place at Trump Tower in 2017, resulted in a number of…