Jacob Rees-Mogg to be appointed Minster of Deceit

This will make the Old Etonian backbencher responsible for issuing ludicrously optimistic statements about the United Kingdom’s fiscal outlook post-Brexit, as well as for brazenly denying any semblance of dire economic consequences as a result of a disorderly Brexit, should one take place.

Speaking from outside his Surrey home last night, Rees-Mogg told newsmen: “All of this is purely conjecture and media chatter, but if I were offered the position, I would welcome the opportunity of hoodwinking the electorate by issuing a constant torrent of misinformation and downright falsehoods whenever the situation called for it.”

A 43-year-old man from Whitechapel has told a local newspaper that he is slowly developing such an intense dislike towards a man on his friends list who makes comments on his every post that he now feels comfortable with the idea of murdering him in cold blood.

Toby Dell, a research chemist, told The East London Gazette: “Every single time I update my status, this bloke makes some sort of inane comment, often in the style of a character from a popular comedy show, such as Harry Enfield and Friends, or Dick Emery.

“Even when the subject matter is a serious political topic, this chump pops up with an inane comedic reference.

“Last week, I posted that my mum had passed away and he showed up as Unlucky Alf from The Fast Show and responded with, ‘Bugger!”

Social media giant, Facebook, is to give users of the platform the chance to move people on their friends list, who exhibit, unsavoury, extreme right-wing tendencies, into a category that will run in tandem with their regular friends list but will keep these individuals isolated and unable to vent their swivel-eyed rantings on the user’s timeline.

A spokesman for Facebook told newsmen last night: “We’ve all had people on our lists who, completely out of the blue, begin barking out vitriolic, neo-nazi diatribes during a reasoned discussion on a political issue, such as Brexit, or Britain’s relationship with the Trump administration.

“We have therefore decided to introduce an Odious, Right-Wing, Knuckle-Dragger List where users can consign these ocean-going fucknuts to cyber oblivion.”

This latest move comes after Facebook was recently presented with a 50-million-strong online petition, calling for people who post pictures of their dinners or their unpleasant-looking children to be turned out of their homes and then hunted down by armed gangs with dogs. 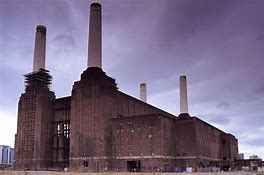 It was announced earlier today that Battersea Power Station in South London will be pushed over onto its side due to the government’s increasing frustration that various attempts to convert the now-defunct plant into a going concern have failed.

The latest effort by a Malaysian company has been another huge flop, with only a handful of visitors to the venue after their attempts to turn the site into a cinema and shopping complex failed to attract public support.

A government spokesman said last night: “In view of the repeated failure to make the power station a paying attraction the government have decided to push it over onto its side and just leave it.

“If there’s any lead or copper piping we’ll strip that out and take it to the scrappy for a few quid, other than that, we’re washing our hands of the bloody thing”

In other related news, the refurbishment of Big Ben, which has seen the structure covered in scaffolding for more than a year, has been abandoned after going disastrously over-budget.

A spokesman for The House of Commons Commission, who are in charge of the project, told newsmen: “It was costing a few quid more than we expected so we’re just going to fucking leave it”