After 2 days of dedicated research, we at The Soz Satire Laboratory have developed a safe and spiritually uplifting, electronic substitute for the conventional marijuana cigarette, or spliff.

The Rasta Blaster contains no harmful tobacco or mind-altering THC, the active ingredient in conventional cannabis. What’s more we can absolutely guarantee you will experience no discernible effect whatsoever, no matter how many of our specially formulated joints you “smoke”.  So no more feeling ‘spaced-out’ and wondering why everybody’s looking at you in such a malevolent manner or suffering from annoying loss of long and short-term memory. We have also eradicated the hysterical laughing side effect, along with the compulsion to eat your own weight in Ritz Crackers and Jammy Dodgers.

The Rasta Blaster can be used any time, anywhere, whether it be in the workplace, at home, in public houses and even places of worship, safe in the knowledge that you’re not going to begin tapping your foot maniacally or wishing you were watching a Disney cartoon wrapped in a duvet.

Retailing at just £25 or $56,000 if you live in the United States, we guarantee you’ll be absolutely delighted with your purchase, which comes with our unbeatable money back guarantee, if you return your Rasta Blaster without having opened the box within 5 minutes of delivery.

Here’s a testimonial from one of our thousands of satisfied customers:

“Lawd Jesus me yoot! Rankin’ Papa Clivey ‘im say, dis is totally boss sah! Last night in me yard, I and I  smoke 15 Rasta Blasters dem and me nah feel a damn ting! When I tell me pussyclaat bredrin ’bout dis, me is totally convinced dey will all want to try it to raas. A true you know? No trouble wid de Babylon neither! Sweet brudder!…Selassie Hail man!…Roots!

‘Rastafying’  of Clivey by The Artful Dodger.

Steinbeck pictured in sanguine mood despite not having any WordPress followers.

In a rare moment of sober reflection the other day, it occurred to me that had John Steinbeck been a WordPress contributor he would have remained unread, undiscovered, unheard-of, unloved, and in my opinion, absolutely unperturbed.

I make this somewhat bold statement based on the fact that the great man was a rather shy and distinctly humble individual who would have baulked mightily against the rather duplicitous and, for me,  wryly amusing, system of plaudit-awarding nonsense that holds sway here.

Ergo, he would have had no ‘followers’, no ‘likes’ and no comments. In short, it would be to the world as if he had never existed. However, I am wholly convinced he would have continued to produce works of great beauty and would have been utterly unfazed by his lack of ‘popularity’ among his contemporaries.

This is because writing was in his soul. It burned bright within him and he needed no plaudits or hearty pats on the back from complete strangers to feed the flame of his genius.

In short, if somebody here tells you that your work is sublime, and waxes lyrical about its great beauty and brilliance, it isn’t, and nor is theirs. If either was the case, neither you nor they would be here. It’s rather unsettling isn’t it my friends?

So my advice is to take pleasure in the act of writing itself, take all the reciprocal accolades with a storage jar of salt, as they are naught but a returned pleasantry. For myself, I neither seek nor require encouraging reassurances that I’m some kind of literary colossus, a gem lying undiscovered beneath a blanket of mediocrity. Indeed, as the mighty Steinbeck himself might well have put it: “I just write my shit and get the fuck out”

The League of Mental Men! 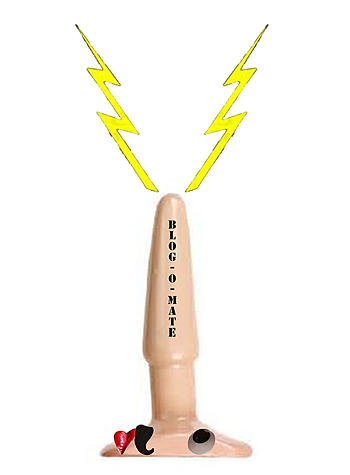 Are you sick of being beaten to the punch by other bloggers when it comes to liking or commentating on a recent post by one of your favourite members of the WordPress family? Do you find yourself logging into WordPress on your PC, laptop or device, only to find that one of your most loyal and valued followers has made a post and that you are about 75th in the list of likers?

SCENE ONE:  A pond in Denmark where a duckling, looking morose and introspective after catching a glimpse of its reflection  in the water, sighs heavily as a slow tear runs down it’s pretty unimpressive face…

Duckling: Christ I look like shit on a stick!  I’ll never get any pussy at this rate!

Duckling: If I wasn’t such a complete munter I’d probably be knee-deep in tidy duck blart by now.

Canada Goose: Munter?! What are you on about son? You’re as fit as a butcher’s dog! In fact, if I wasn’t a male Canada Goose I’d slip you a length myself! Just have a butchers at your reflection in the drink and you’ll see what I’m driving at squire.

Author’s Note: Some of the more astute readers may have noticed that this outrageous defiling of a wonderful, children’s tale is replete with East London (cockney) vernacular. This is because I haven’t yet mastered the skill of typing with a Danish accent, but I’m working on it…honest.

India In Grip Of Mystery Plague As Cricket World Cup Semi-Final Gets Under Way.

Reports are coming in that the sub-continent of India has been hit by an unidentified virus, resulting in the entire population being unable to go to work. The economy ground to a halt as workers began calling into their places of employment en-masse, describing various debilitating symptoms, ranging from diarrhoea and sickness to spots on the tongue and even crippling back pain.

In a bizarre coincidence, the phenomenon coincided with India’s appearance in the cricket world cup semi-final against Australia at The Melbourne Cricket Ground today, a day which would normally be filled with great excitement and expectation among the cricket-mad population. Instead of which the streets of all the major cities are deserted, businesses have closed for the day, with only the eerie groaning of stricken victims to be heard emanating from their homes – unaccountably coinciding with an Australian boundary, or the fall of an Indian wicket.

A spokesman for the Indian Department Of Trade spoke to us from his home during the tea interval:

“It’s a real strange one isn’t it? I myself have been feeling extremely unwell you know. It started shortly before the Indian boys arrived at the MCG oddly enough. Let’s hope it’s just one of these  24 hour bugs. On the bright side, at least sexual assaults on public transport will be down for a while”

There were no similar problems in the country of India’s rivals, Australia, from where a government spokesman told us:

“God is great and so is my wallpapering!”

I’m having a real problem removing some painted woodchip wallpaper from the walls of my lounge. I’ve tried scoring and soaking but to no avail. I’d really appreciate it if you could help me out with this one.

THE ACCURSED INFIDEL MUST BE PUT TO THE SWORD! LET NO WESTERN DOG REMAIN ALIVE AS THE CHILDREN OF ALLAH SWEEP ALL BEFORE THEM! RISE UP WITH ME MY BROTHER, FOR WE SHALL NOT  REST UNTIL THE DESERT SANDS ARE STAINED RED WITH THE ACCURSED BLOOD OF THE DEFILERS OF ISLAM! WE SHALL SMITE THEIR HEADS FROM THEIR BODIES, SEIZE THEIR HARLOTS AND SWEETEN THEIR WOMBS WITH OUR HOLY SEED! WE SHALL NOT REST NOR FALTER IN OUR QUEST UNTIL WE HAVE CRUSHED THE SCORPION OF CHRISTIANITY AND WRENCHED OUT THE TEETH FROM THE JAWS OF THE INFIDEL HYENAS!… ALLAHU AKBAR!…ALLAHU AKBAR!…ALLAHU AKBAR!!!!

Try using a broad scraper to remove the top surface of the  paper, then soak and leave for a few hours. The stubborn residue should then be fairly easy to remove. Don’t forget to sand the surface before applying the first coat of paint.

All the very best Dave, and good luck with the job.

Pic by The Artful Dodger, so thanx Dodge x

Christians tell us that God is omnipresent and that he’s in all places at all times. Well if that’s the case, he must have been in Spearmint Rhino strip club in Shaftsbury Avenue, West London, last night, watching women taking their clothes off for cash. Perhaps these so-called, devout, bible thumpers could tell me what the bloody hell he was doing in there?

I would also consider it a personal favour if they could also ask Him where I’ve parked my car as I’ve been drinking heavily and can’t find it.