Now Then Me Duck. Hull Prepares To Be UK City Of Culture. 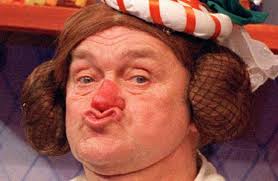 The reigning Miss Hull pouts prettily for the camera after hearing the good news.

Following the surprise news that Hull is to be UK City Of Culture in 2017, city dignitaries have announced that a giant toilet duck is to be floated in the Humber Estuary to mask the smell of fish.

“This is our great city’s finest hour since The Housemartins did that funny dancing on Top Of The Pops. However, we’re not going to rest on our laurels just yet. We’ve ordered a giant toilet duck to be towed into the estuary before all the tourists arrive so that they don’t go home smelling of Halibut”.

“We also plan to give every man, woman and child a personal speech therapist, like the one King George had in that film, so that we wont sound half daft on the telly when we’re talking about paintings and the like”

When we asked if the city would now be disassociating itself with controversial, former Deputy Prime Minister, John Prescott, he lashed out angrily at reporters, smashing a camera and stalked away muttering “Bah eck! There’s nowt so queer as folk and no mistake”

4 responses to “Now Then Me Duck. Hull Prepares To Be UK City Of Culture.”